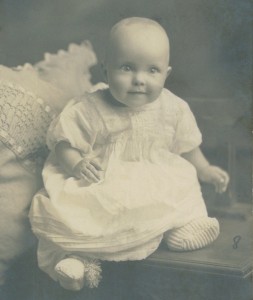 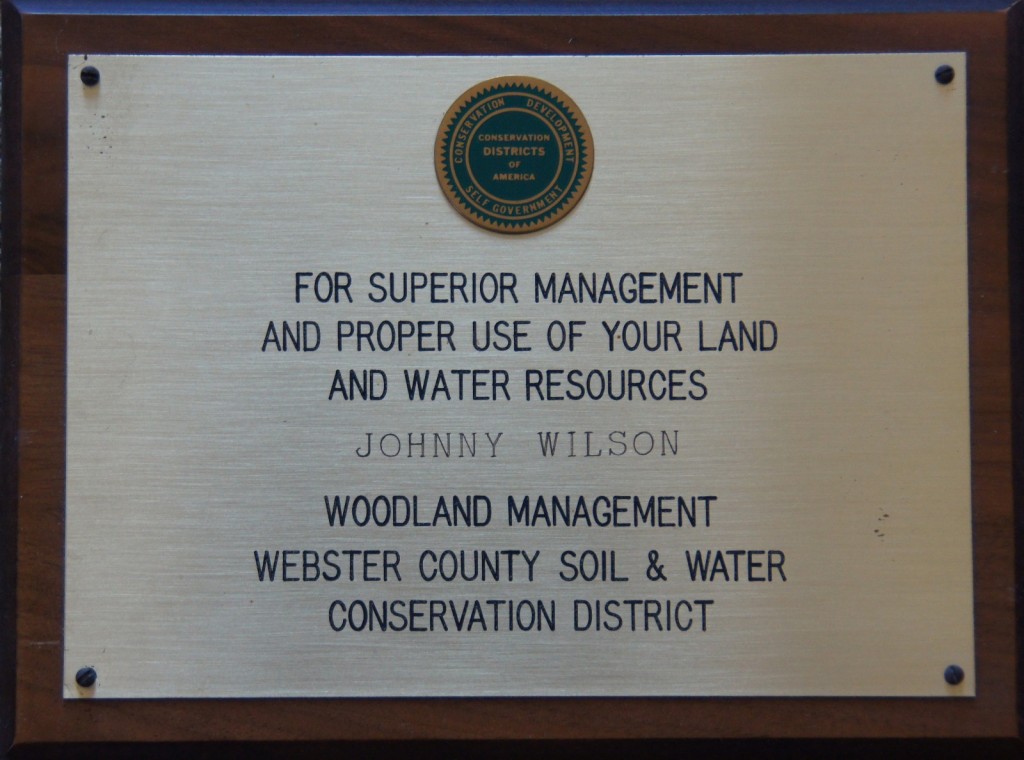 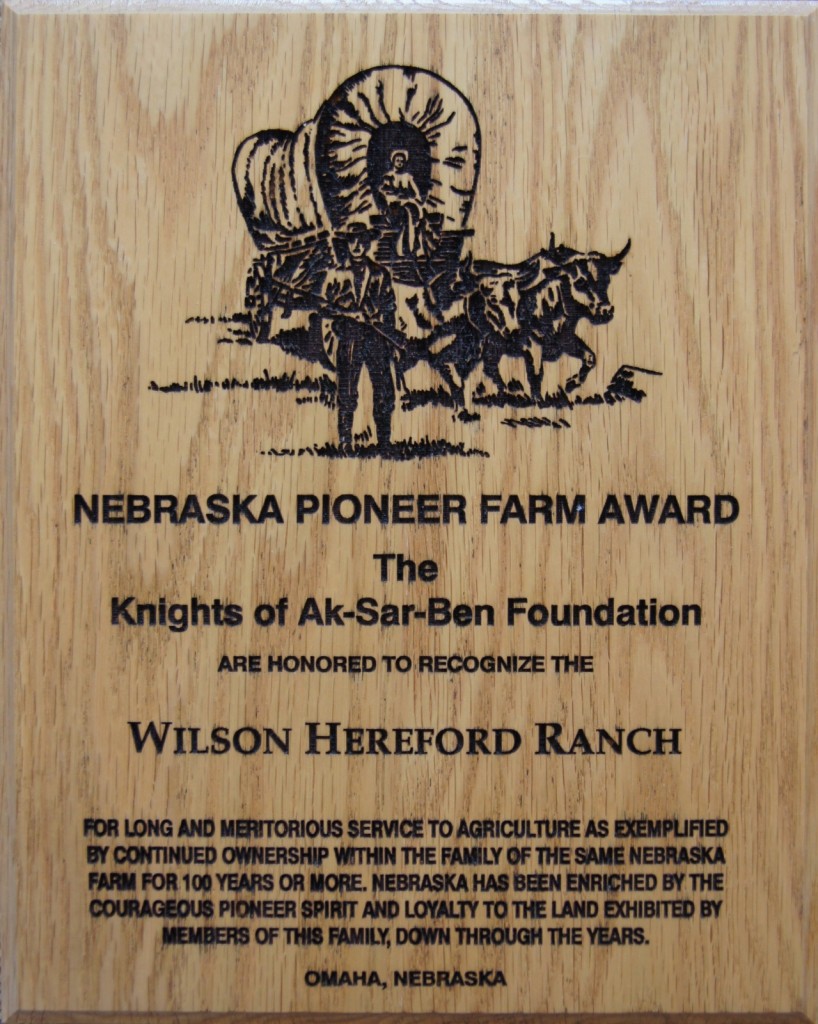 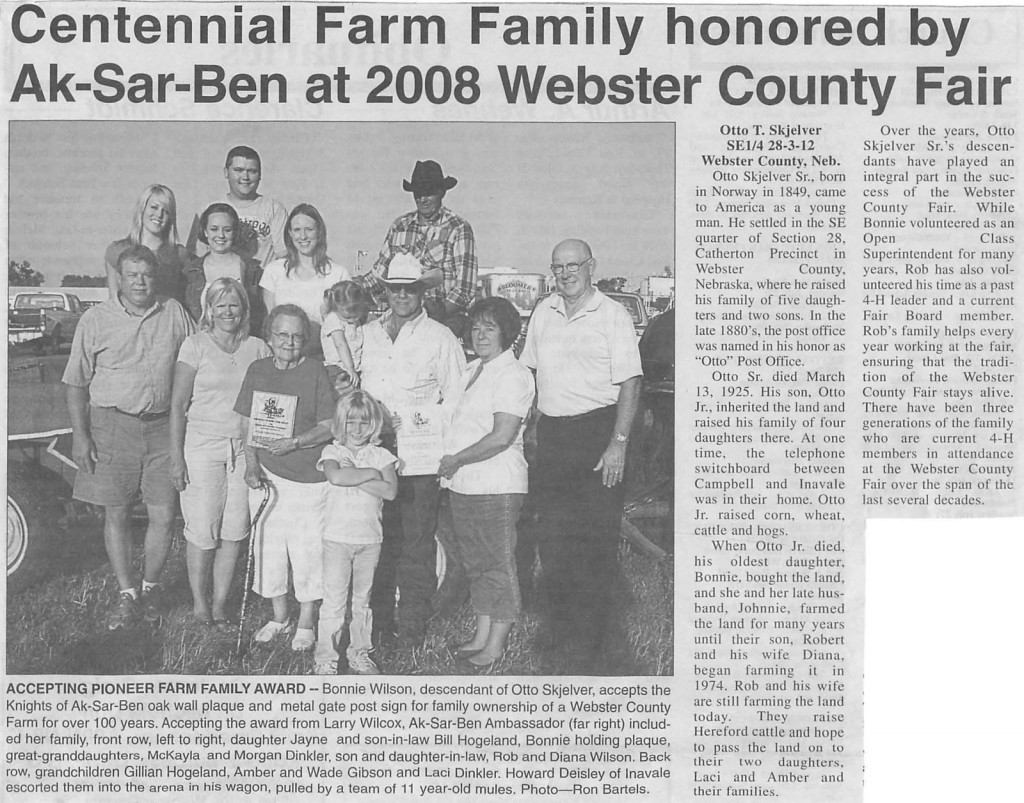 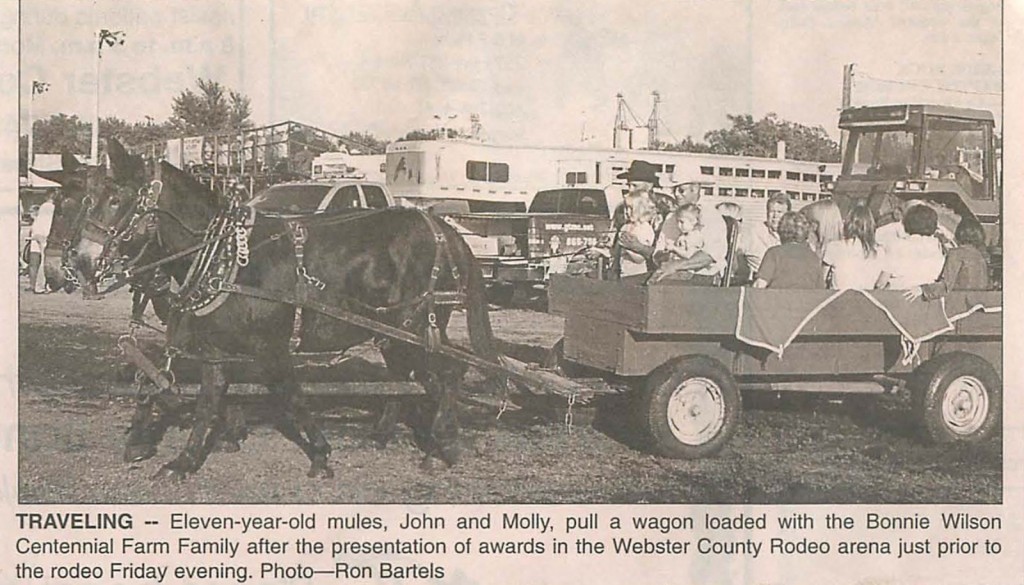 In June of 1977, Johnny and Bonnie Wilson were presented with the Nebraska Pioneer Farm Award for the Payne Homestead ground being in the family for more than 100 years. This award is given by the Knights of Ak-Sar-Ben and is traditionally presented at the county fair.

Johnny Robert Wilson, the son of Con and Wilella (Payne) Wilson, was born August 15, 1918 on the farm north of Inavale, Nebraska in Webster County. He departed this life on Sunday, November 27, 1994 at the Mary Lanning Hospital in Hastings, Neb., at the age of 76 years, 3 months and 12 days.

As a youth he attended the New Virginia District #65 rural school, District #41 and graduated from Red Cloud High School in 1936. On October 3, 1942, he was united in marriage with Bonnie Skjelver at Smith Center, Kan. To this union three children were born, Teresa, Robert and Jayne.

In March of 1945, he joined the United States Army and served in the Pacific Theatre of Operations, stationed in the Phillipines. At war’s end, he returned to the Wilson homestead and engaged in farming and ranching his entire life. His pride and joy were his Hereford cattle.

Johnny was baptized and was active in the New Virginia Methodist Church. He was an active community leader, a school board member and a member of the New Virginia Cemetery Board. His favorite pastime was playing cards with his family and friends.

He was preceded in death by his parents; a daughter Teresa Wilson on September 23, 1968; a sister Verna Lutz; and three brothers Charles, Francis and James.