The two Skjelver brothers, Hans and Otto, filed on homesteads, Hans on May 18, 1873 and Otto in the fall of 1876. Both brothers worked in the lumber camps of Wisconsin before coming to Webster County. Otto came to America in 1869 and Hans came in 1871; however, it was Hans Skjelver who first decided to join a group of Norwegians in Webster County. Both men helped to establish the Norwegian Zion Lutheran church and a religious school that was eventually to be District 66, “North Star,” a name selected because of the many Scandinavians within the community. Otto Skjelver was the first teacher of District 66,  and the Otto post office was named for him. Both brothers were well educated, but Otto, who had a more outgoing personality, became the spokesperson between the Scandinavian and English-American community. He helped interpret American laws, customs and their usage to his fellow countrymen. It is ironic that some of these laws worked against his best interest and deprived him of land that he thought was rightfully his.

Source:
Webster County: Visions of the Past
By Mabel Cooper Skjelver
Published 1980
Pages 63-64

Note:
This citation notes Otto Skjelver filing homestead in the fall of 1876, but Otto filed homestead in December of 1883, as documented here.

Note:
The last sentence is likely referencing the court battle between Peterson & Skjelver that ultimately ended up in the NE Supreme Court in 1895. 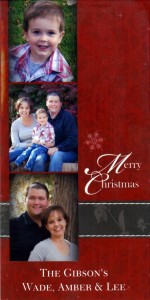 Rob & Diana Wilson were recently presented with the 2012 Commercial Breeder of the Year Award from the Nebraska Hereford Association. The banquet dinner and awards ceremony was held at Fonner Park  in Grand Island on Saturday, November 17, 2012. Ron Schutte presented the award.

The Wilson Hereford Ranch located in Webster County is owned and operated by Robert Wilson. Rob’s grandfather, Con Wilson, bought the first registered Hereford cattle in 1922, beginning with only four bred heifers and a bull. Rob’s father, Johnny, started operating the ranch after WWII and sold Hereford seed stock for years. Rob came back to the ranch in 1973 and now runs a commercial Hereford cow/calf and yearling operation of around 190 head. His heifers are sold privately all around the country and he markets his steers at local sale barns.

Rob is an active member of the Webster County Fair board and sponsors the Champion British Breeding Heifer each year. He has also been a 4-H leader for more than thirty years and sells club calves to local youths. Rob and his wife, Diana, along with their children and grandchildren continue the family’s longstanding tradition of raising quality Horned Hereford cattle.