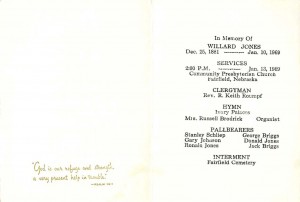 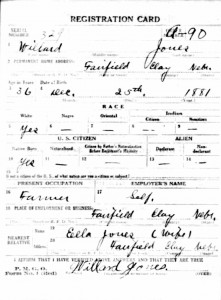 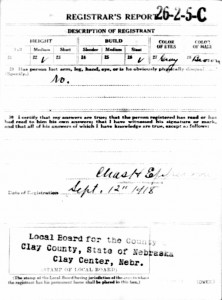 This is Willard and Ella Jones gravestones in the Fairfield Cemetery, Fairfield, NE. 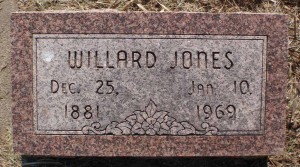 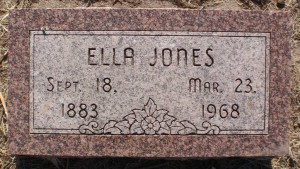