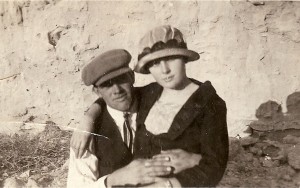 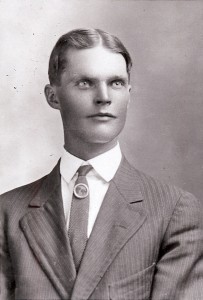 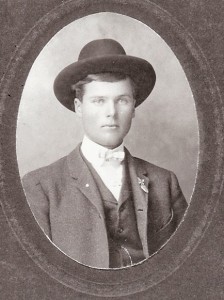 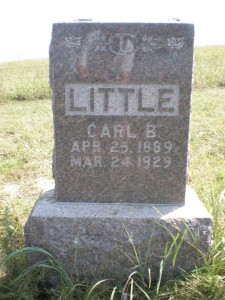 The homes of many friends and north country neighbors was saddened Monday morning of this week by the announcement that Carl Little had responded to the call of the Master.  His death came as a surprise to Mullen friends in view of the fact that he had visited among them but a few days previous to his last sickness.  He had been a sufferer from spinal trouble for the past several years, having been thrown from a horse when a young man and injured beyond being helped by medical skill.  Death was due to heart failure.

That he was one of the best liked citizens of south Cherry county was attested by the large attendance of friends at the funeral service conducted Tuesday afternoon by Rev. B.H. Murten from Virginia church.  Interment was made in the cemetery at that place.

Carl Berson Little was born in Elkhart, Texas, April 25, 1889 and did March 25 1929 at his home near Mullen, Nebraska, at the age of 39 years, 10 months and 29 days.  he was married to Tennie Lee Long on December 10, 1914.  To this union were born six children, three boys and three girls:  Thelma Irene, Elmer Leroy, Paul Raymond, Claude Eugene, Minnie Lee, and Neva June.  Claude died at the age of one year.

He leaves to mourn his death his wife, five children, one brother, Robert Little, and one sister, Mrs. Judie Parks of Elkhart, Texas, besides numerous friend and neighbors.

He was a good father and husband and was admired by his friends as a man of confidence and a true believer in the great commandment, which he practiced daily.  He was deeply interested in the church work of his community.  His life was typical of his belief in God, although he did not belong to any special church.

The Tribune among many other friends of the sorrowing ones extends sympathy to the bereaved ones during the sad trial.