Paul Raymond Little of Mullen, 91, passed away March 7, 2012, at the Nebraska Heart Institute in Lincoln.

Paul was born in Southern Cherry County on Aug. 8, 1920, to Carl and Tennie (Long) Little. He attended grade school in Cherry County and had one year of high school in Mullen. He was an honorary graduate of Mullen High School in 2000.

Paul worked on area ranches until enlisting in the U.S. Navy in 1942. He served his country at Omaha Beach on D-Day and his LCT crew received the Presidential Unit Citation for actions on Omaha Beach that day. In 1946 he was honorably discharged.

Paul married Goldie Maire on Jan. 28, 1953, in Mullen where they made their life long home. Three sons were born into this union, Gary, Alan and Tony. They celebrated their 59th wedding anniversary in January of 2012.

One of his hobbies was working on Maytag washers and dryers.

Services will be at 11 a.m. (MT) on Tuesday, March 13, at the Mullen Methodist Church. Burial will be at the Cedarview Cemetery with military honors. 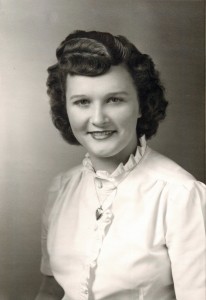