This weekend was Rob & Diana’s annual Labor Day party.  We had a great time and ate plenty.  There were lots of kids running around, so they all had a blast.  Lance & Lithena had a three week old Mouflan sheep and Scott brought a couple llamas over, so the kids enjoyed seeing the animals.  There were three babies less than one-year old – Sylvie Van Dusen (9 months), Lee Gibson (8 months), and Tanner Vance (7 months).  Ironically Tanner is the biggest of the three, but they are all pretty close.

A bunch of us shot pistols and blue rock, which is always enjoyable.  We always play a game called knockout (similar to the basketball version), which adds a competitive edge to trap shooting.  Fortunately Kevin has a nice double-thrower that he always brings along for the shoot.  We’re looking forward to next year’s get together! 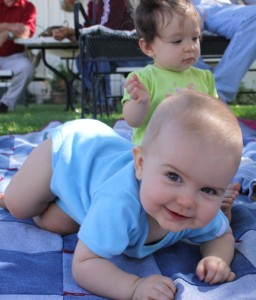 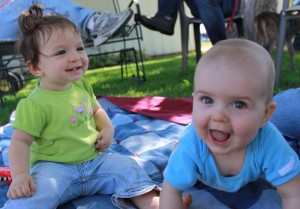 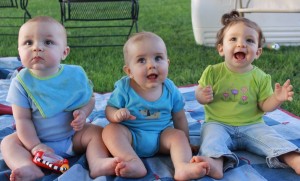 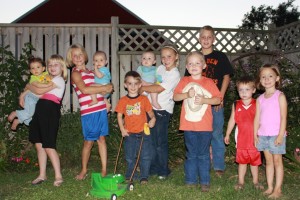